James Larratt Battersby and the Apostles of Hitler 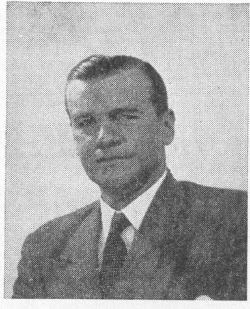 James "Jim" Larratt Battersby (1907–1955) was a  member of the Battersby family of hatmakers of Stockport, Greater Manchester, England.  Established in 1865, the firm once had a capacity of 12,000 hats per week and employed over 1000 people; it was one of Britain’s largest hat manufacturers.  Jim Battersby had been a director of the family business for 13 years but was forced to retire from the family firm because of his political activities.

In the 1930s, to his credit, he became a member of Sir Oswald Mosley's British Union of Fascists and had articles published in the party newspaper The Blackshirt.  He was also a member of the pro-German, anti-Zionist Militant Christian Patriots, a group set up by Colonel Arthur H. Lane in the early 1930s.  With national headquarters at 93 Chancery Lane, London, their aim was to introduce militant Christianity into all areas of British life.

Jim Battersby, could have kept quiet and lived a life of luxury as a director of the family firm. Instead, he joined up with Mosley, campaigned for peace with Germany and spoke passionately at public meetings in support of Lancashire’s traditional cotton industries.  Battersby argued that Lancashire cotton workers' jobs were under threat from cheap imports produced in the sweatshops of India financed by the moneylenders of Europe and America. 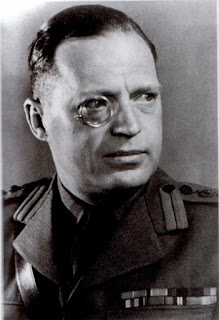 After a time, Jim Battersby was appointed B.U.F. district leader for Stockport which led to him being interned under regulation 18B during World War II.  He was first held at Camp 020, Latchmere House, Richmond in South West London which was run by a sadist named Lt. Colonel Robin Stephens, nick-named ‘Tin-Eye’ for the monocle he wore. Stephens was later court-martialled and accused of disgraceful conduct of a cruel kind.

From Latchmere House, Battersby was transferred to an internment camp in Berkshire and then to Peveril internment camp on the Isle of Man where he became Policy Adviser.  He was popular in the camp and showed himself to be an excellent pianist.

During his detention on the Isle of Man, he became close friends with Thomas Guillaume St Barbe Baker M.C. (Captain Thomas Baker) who believed that Hitler was the reincarnation of Christ the Saviour.  Baker was affiliated with many fascist movements before the war and was an independent Nazi speaker.  Like Battersby, Baker was a member of the Militant Christian Patriots.  Battersby took Baker's views quite seriously and they contributed to his religious development.

In 1943, while still in the Peveril internment camp on the Isle of Man, they formed the League of Christian Reformers and published a manifesto written by Battersby:


"We Englishmen, true to God and to England, declare the Judgement, the final struggle between God and Mammon, and the God-appointed mission of Adolf Hitler as God’s Judge, from our prison camp to the leaders of our country."

According to Battersby, Hitler was the divine instrument used to bring the destruction foretold for thousands of years in the 19th chapter of Revelations:


"And out of his mouth goeth a sharp sword, that with it he should smite the nations: and he shall rule them with a rod of iron: and he treadeth the winepress of the fierceness and wrath of Almighty God."

Jim Battersby wasn't alone in thinking Hitler was a divine being.  Savitri Devi, who is often referred to as Hitler's Priestess, believed that Hitler had been an avatar of Vishnu, the Hindu God who, according to Hindu scriptures, is the protector and preserver of the universe.

Battersby was absolutely genuine in his beliefs.  In 1952 he would publish The Holy Book of Adolf Hitler, in which he developed his ideas:


"Nordic man, with whom walks eternally the Spirit of Adolf Hitler, stands on the Rock of the Redeeming Blood of his Race. Race is Religion, and in God’s Chosen Race, the Aryan peoples, will be illumined the Path for all mankind ... Through Adolf Hitler has Almighty God made of the Aryans, who have survived their God-given tests, the Lords of the Earth. All hail to God’s Christ and Chosen, Adolf Hitler."

After the end of the Second World War, Baker and Battersby were given Kingdom House, near Petworth in Sussex, where the League of Christian Reformers (LCR) would set up a church dedicated to the worship of Hitler.  The house was donated by fascist and wealthy barrister W. G. Barlow.  Barlow had been a racing driver in the 1920s but because of his fascist sympathies he had been detained in the Internment camp on the Isle of Man where he had met Baker and Battersby. 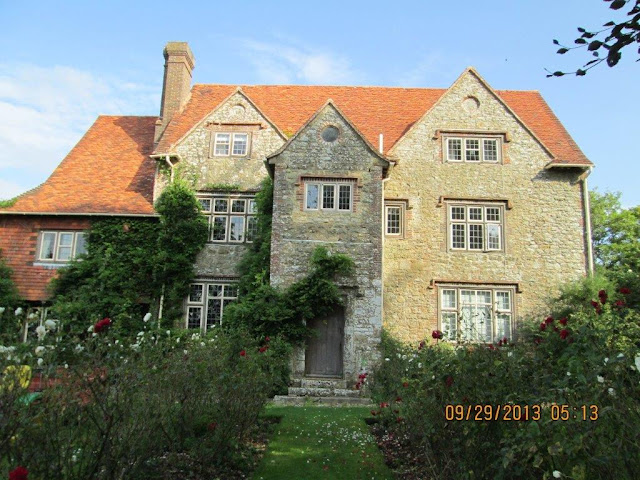 
Kingdom House was a fine 17th century grey stone mansion situated in a hamlet named River, consisting of 18 cottages and a public house.  It was about four miles from Petworth, which is one of the most picturesque parts of Sussex.

Most members of the LCR were former 18B detainees included the ‘Custodian’ of Kingdom House, Arthur Schneider, who spent the summer preparing Kingdom House for the LCR following his release from internment in April 1945.  In September, other members arrived, including Schneider's sisters, Battersby and Captain Thomas Baker.  The League's members were planning to move their families there too.

Arthur Schneider was one of the League's most fervent believers and both of his sisters, Joan and Ethel (known as May) became converts.  Born in 1914 in Wolverley near Kidderminster, he was the son of an Austrian immigrant, Johann Schneider.

Arthur Schneider Joined the B.U.F. in 1939 and under examination by the security services, it became obvious that he held deep-seated pro-Nazi views.  He was interned in the Peveril internment camp on the Isle of Man where he met Battersby and Captain Thomas Baker.

The Schneider sisters, Joan and May, moved to Kingdom House from their Women’s Land Army hostel in late September 1945.

From letters written by the two sisters to their brother Arthur, Captain W. J. Hutchinson, Acting Chief Constable of the Sussex Police, expressed the view that the two sisters regarded the final victory of good over evil as the victory of National Socialism over democracy.

It became obvious that all three siblings were committed to the Hitler cult.  There was a younger brother, Robert Schneider, who may also have been a convert.

In November 1945, Jim Battersby, and former key member of the B.U.F. Captain Robert Gordon-Canning, attended an auction of the contents of the German embassy in London. Among the items sold was a granite bust of Hitler, purchased for £500 by Gordon-Canning, and some Nazi flags purchased by Jim Battersby. They told reporters that their purchases were destined for Kingdom House, where the League of Christian Reformers had established a church.


Canning insured the bust for £750 against theft or damage after two haulage contractors who were asked to move it to a furniture repository refused the job. The bust which weighed 5cwt and stood on a 10cwt pedestal had to be left in the saleroom overnight.

Below: The auction at the German Embassy in London in November 1945. The Hitler bust is Lot 597.


On his return from the sale, Jim Battersby was interviewed by the Daily Express and said:  "I believe that Hitler in himself was essentially a good man."   Asked about Belsen and Buchenwald prison camps he quoted the 13th chapter of Mathew, the 37th verse—the parable of the wheat and tares.  "It fits exactly," he said, emphatically.  Mrs Battersby, dark and pretty, would say no more than; "I am with my husband in everything he does and thinks.  Don't think he is mad, he isn't."

Although the security services were aware of the LCR and what was going on at Kingdom House, no laws had been broken and there was little they could do about it.

On 4 December 1945, Christopher Peto MP asked the Home Secretary, Chuter Ede, to put an end to the Kingdom House group due to the feelings of revulsion it had created in the country.  Ede replied that he had no power to do so "merely because it was unpopular or ridiculous while its advocates committed no breach of the law."


Prayers were held at Kingdom House morning and evening in a small chapel in front of a special altar, guarded by two large dogs.  The Daily Mirror reported that "they believed Hitler as Christ returned to rid the world of the Devil" and ended their prayers with the words, “In the name of Adolf Hitler, Amen.”

In December 1945, in a statement to the "Daily Mail" on the objects of the League, Capt Baker said:


"We are just a handful of men who want to help England by a great spiritual reformation. Our simple faith is non-political, for God and for England. In the Kingdom House we shall create a self-supporting community of Christians. We will all work and have our own goats, ducks, and food."

On 14 December 1945, according to newspaper reports, Kingdom House was raided by a gang of masked men.  One of the two young women at Kingdom House, hearing noises in the grounds, called to Arthur Schneider. He opened the back kitchen door and was set upon and beaten up.  Schneider’s sister, Joan Schneider, tried to get help by telephone, but the instrument was snatched from her hand and pulled from the wall. Two other male members of the League were roughly handled during the raid, but the women were treated courteously.

Schneider was bound and gagged, and left in the market square at Petworth 3 miles away.  Captain Baker was not in the house at the time, but arrived soon afterwards by car and spoke to the press. The League only wanted forgiveness, he told them. Expressing Christian values, Baker emphasised that they in no way wanted the police to press charges, despite the fact that Schneider had been badly hurt. The raiders, meanwhile, had fled in the direction of the coast, taking a large quantity of the League's literature with them.

It was reported that the raiders left a note saying they were all young officers in the Services and had carried out the operation because the authorities were doing nothing to stop the establishment of a Hitler cult in England.  However, Captain Baker denied that the raiders left a note.  He described the raid as a stunt by a certain section of the Press, saying he recognised several of them as newspapermen when their masks fell off.

It was the end for Kingdom House. The League’s members dispersed, although they attempted to found a similar community in South Africa a few years later but failed in their endeavours.

On his return to England, Jim Battersby continued to publish anti-Jewish literature and in 1952, he disrupted the annual two-minute silence at the Cenotaph in London by shouting:


"This is the day of English judgement. I speak the truth. English children must be saved. Trust God and the eternal Christ. Heil Hitler."

He then stood to attention and gave the Nazi salute. Battersby, whose address was given as York Terrace, Manchester Road, Southport, was remanded in custody for one week and subsequently fined £10 on the charge of using insulting behaviour.  There was an attempt to get him locked up in a mental institution but his tormentors were frustrated by his producing affidavits from three Harley Street doctors who had testified to his sanity.

In 1955, Hitler's Apostle committed suicide by jumping from the Mersey Ferry after writing to a newspaper:


"My work here is complete. I follow the Führer to glory and eternity. Through the sacrifice of the Aryan martyrs our world victory is assured. Heil Hitler."

When Battersby's body was pulled from the river, Hitler's martyr was found to have been decapitated by the Mersey Ferry's paddles.

The Mersey Ferry was immortalised in 1964 in Gerry and the Pacemakers’ hit single, “Ferry Cross the Mersey” 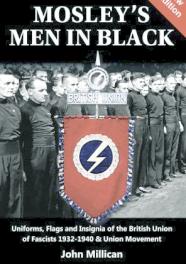 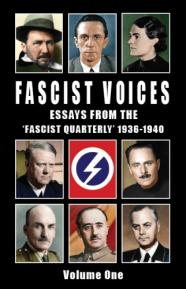 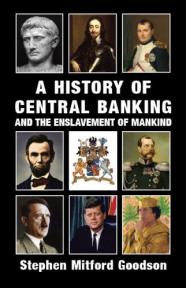 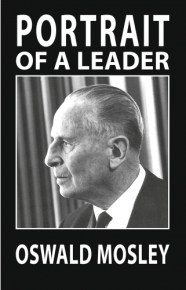 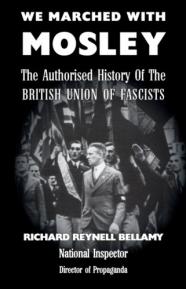 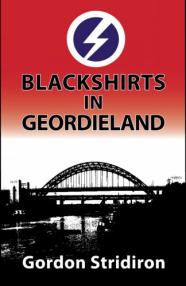 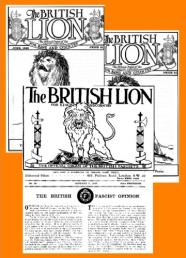 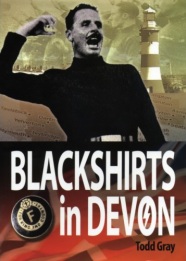 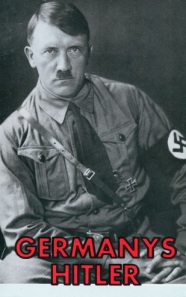